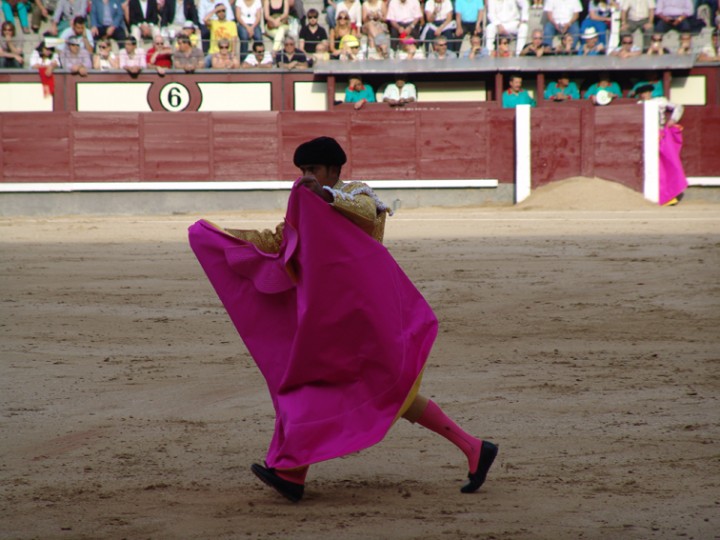 Corrida de toros
The bullfighters fight on foot and must belong to the category of “Matador de
Toros” acquired in a ceremony called “Alternativa”
The “Alternativa” is a ceremony in which a bullfighter obtains the standing of
“Matador de Toros”. In “La suerte de Matar” the veteran bullfighter approaches
the novice with the sword and red cape (attached to a stick) in the left hand,
and they are revealed at the same time. The veteran then hands over the
sword and cape, as the novice turns over the cape to the veteran. Having
finished the exchange, the “Padrino“ (the bullfighter that conducts the
ceremony) usually congratulates or gives advice to the new swordsman or
the protégé and they end by greeting each other. The ceremony is repeated
with the second bull, but now the new swordsman is the one to give the
bullfighting effects to the veteran.
The animal fighting in bullfights must weigh at least 470 kg and be at least four
years old.
Corrida de novillos o Novillada
The swordsman are bullfighters on foot who haven’t yet received the title of
“Matador de Toros”. The animals used in this case are Novillos, bulls
that have not succeeded in demonstrating to a stockbreeder a certain level of
fierceness required in the bullfighting trials. They usually are younger than the
bulls fighting in a Corrida de Toros.
Corrida de Rejones o Rejoneo
The mounted bullfighter fights on horseback, assisted by a secondary bullfighters
on foot. 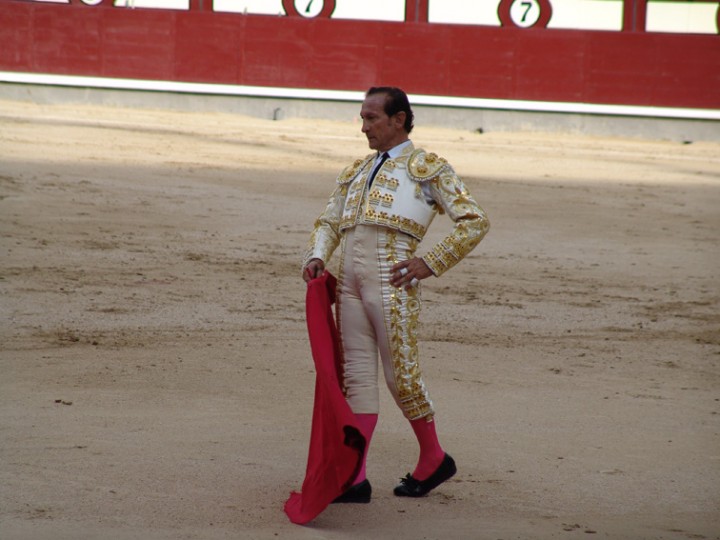